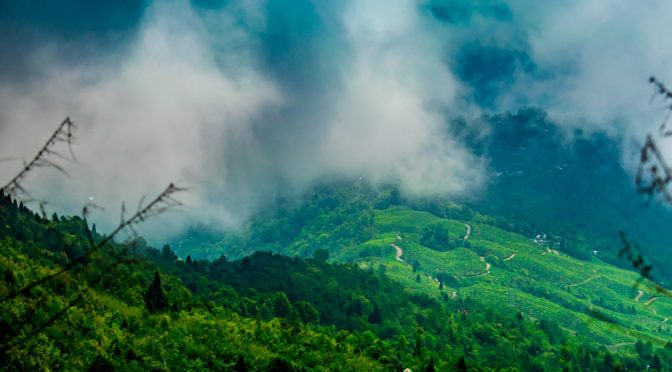 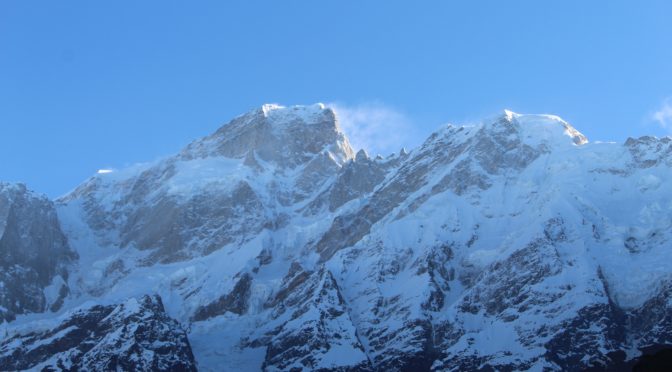 This entry is part 39 of 39 in the series Guitar

The golden era of black and white songs 🙏🏼. This song, an epitome of simplicity and melody of an era with Geeta Dutt’s brilliance and of O.P. Nayyar’ music riding the waves. One of my favourite songs.

Song is in the scale of G

ह्मंऽऽऽऽऽ …
[Play the humming same as the chorus] 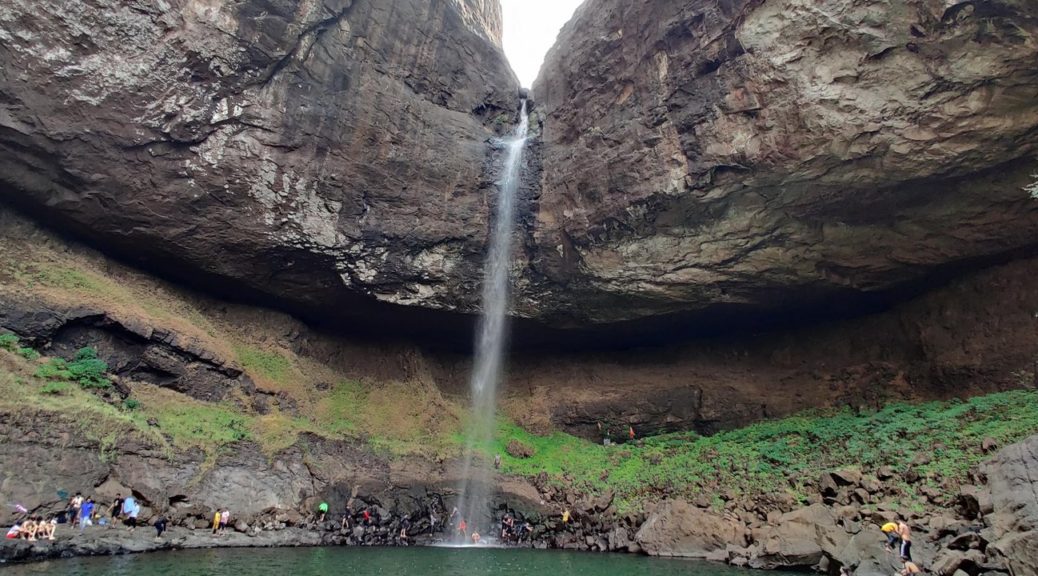 Assuming that you are running a fairly modern Linux distro like Ubuntu or Fedora, most likely you’ll get “Lohit Devanagari” pre-installed and should work just fine.

However if you have an itch to change the default devanagari font (which in most of the systems should be Lohit Devanagari), Then all you need a change in ~/.fonts.conf.

Create a .fonts.conf file in your home folder ie. ~/. Or edit the file and add / write the following contents.

What we are really doing over here is asking the system to use Noto Sans Devanagari font whenever language is hi (Hindi) or mr (Marathi) and consider the same font for both serif and sans-serif families.

Do check the Ek Type Foundry, I’m quite a fan of their fonts!

Note: I’ve tested my settings on Ubuntu 18.04, so anything newer, should work as well.

I recently updated to the latest Ubuntu LTS, and… the above changes didn’t work. 🙁 After a lot of tinkering (and reading man fonts.conf) I managed to get them working by creating the font config file ~/.config/fontconfig/conf.d/10-devanagari-substitution.conf. The 2 character numerical number is a priority and is a necessity according to Font Configuration – Arch Linux.

Also personally, I’ve found to use just the Noto Sans font downloaded from Google fonts as it tends to include the roman Glyphs along with Devanagari ones.

This entry is part 36 of 39 in the series Guitar

Another amazing song by the ‘Indian Ocean’ band from an equally riveting movie ‘Masaan’.

The song is in the key of E

Play only the last 3 (thin) strings for the chords

Play with all normal strings in chords 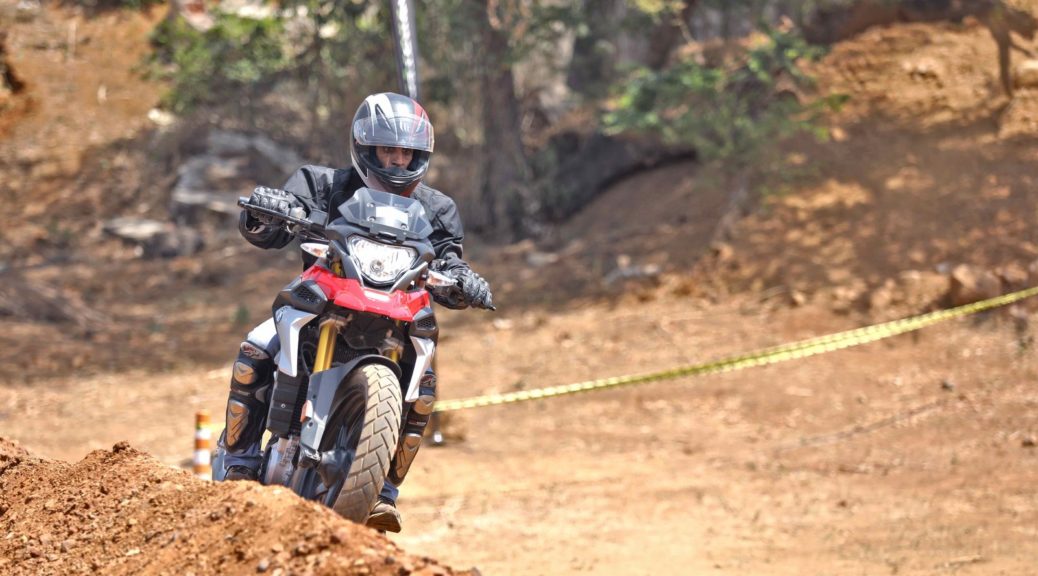 Just the earlier Sunday I had been to Kamshet’s Slope of Hell with 3 others. What we ended up doing there was dragging our motorbikes through the rocky steep incline and when our bikes got stuck pushed with help of each other. We managed to scale less than half of the road with our bikes, rest we ended up trekking all the way to the top. By the time we reached down, 3 bikes and 4 lads were tired. It was my 2nd trip to Slope of Hell and the first offroad encounter for others. It was then Kanade had uttered the words of wisdom.

Rewind a few more weeks back… I had got a call from BMW Sales about holding a GS Trophy specifically for 310GS owners. I wasn’t quite sure about it as I couldn’t really find a relaxing weekend for few months AND I had no experience in such competitions! I dilly-dallied till Devendra said, do its just ₹2k, or else u’ll rue the missed chance for your whole life. I managed to book a ticket just few days earlier and I woke up at 5am on 15th for the 7am reporting time at Royal Palms, Aarey Colony, Goregaon, Mumbai.

The road to the place was quite an offroad section. Event was held in an adventure park that was specifically created for offroad activities for ATVs, motocross, etc. As I reached there a lot of the 310s were already there, with the enduro-ready clan with their high ankle boots, heavily armoured body gear, high-visibility pants and shirts were enjoying the morning with tea, biscuits and samosas. I on the other hand had managed to borrow everything except for my 310 and the helmet. In a simple pair of worn out denims and a blue round-neck T-shirt I looked more like an event-helper than a participant.

END_OF_DOCUMENT_TOKEN_TO_BE_REPLACED

Doraemon, Chotta Bheem, Motu Patlu, all seemed to have breached the Model Code of Conduct or आचार संहिता. Everyone of them publicizing and displaying their strengths in full color. However the  election officials seemed to have turned a blind eye rather focusing on puny and tiny shards of papers with some silly party symbols. It seemed that the real contestants in the LS polls are these innocent characters and their paintings on school walls resembling or mimicking our aspiring leaders. Only if these leaders could give back to the public the same faith that these characters instill in the hearts of the young.

The typical school venue of an election poll booth venue, an exemplary reflection of our country’s polling and its politics. The walls off-colour with flakes of colour jumping off. The sweaty corridors of an old school reeking of musty damp walls. The only respite coming from a nice breeze stealing itself from crowded lanes of voters and a few unbalanced ceiling fans which were happy to move on to another event of 5-year term polls. These school’s air dispensers probably have witnessed the terms longer than the people it services.

END_OF_DOCUMENT_TOKEN_TO_BE_REPLACED

This entry is part 35 of 39 in the series Guitar

The song is in the key of F.
Capo on 3rd Fret 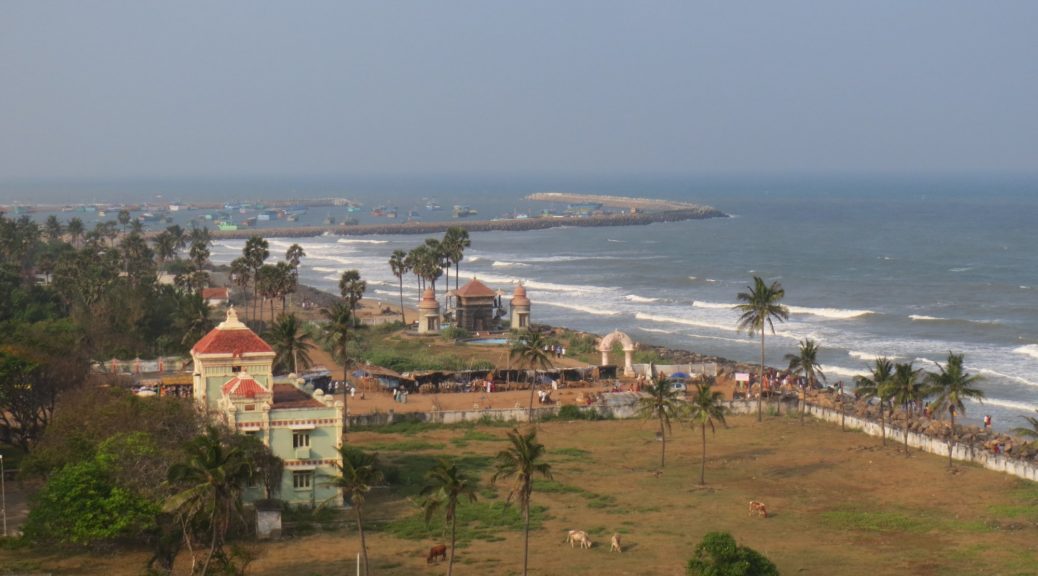 The Indian East Coast was something that was pending on my “been there” check-list. Somehow it had always evaded me. However this time my engineering classmate figured out a time slot and an itinerary in the early Feb. The plan was a road trip from Bangalore, in his humble Wagon-R.

First stop was Auroville, the calm green roads of the place were indicative of what was to come next in the Auroville Visitor’s centre. This place was more of a modern temple, with twisting walkways passing through trees surrounded by boards / placards depicting the history of Auroville. This was an extreme foreign visitor magnet along with tourists. Most enjoying the cafes, patisseries and ice-cream bars more than the history and the soul of Auroville.

What amazed me more in Auroville and adjoining places, is the abundance of bakeries, cafes and gelato ice-cream bars. Its not that they are one of ” just another bakery”, No, ie I had breakfast at the famous Auroville Bakery, it was awesome, the price was well with reach of locals, rather the Indian food was cheap and other croissants, rolls were well within the bounds of reality.

Pondi, the affectionate call for Pondicherry or Puducherry has one major attraction – The White town. The southern part of Pondi has a canal running North – South. The west side of the canal (away from the beach) belonged to the native Indians during the French colonial rule while the East part belonged to the French (the “white”). This was the prime area overlooking the beach lashed by turquoise waters of Bay of Bengal. The white town, had a very distinct feel to it. The first thing that hits you is cleanliness and the roads. Very clean, well paved and clearly marked roads. A lot of trees along the roads, trimmed and flowering Bougainvillea. Next noticeable feature of this part, are its bungalows / houses. All of them clean and white-washed with distinct blue or dark-gray bordering. The houses had either a white or a typical yellow colour, more like chrome-yellow. The bungalows on the junctions had a clear blue colored board with white lettering, “Rue Dupuy”, “Rue Romain Rolland” and so on. For a non-french learned like me, what is Rue? My friend mentioned that its “street” in French.

We had our lunch at the “Le Cafe”. Keeping same expectations of Auroville Bakery, we were truly disappointed. The food was average, it was cold and it was pricey. However it seemed the French had a special love for this one and came in by flocks. Complacency?

While we roamed around and along the promenade by the beach, we saw loads of visitors in awe of the place, snapping at any flatly yellow colored building. I wasn’t sure if its just the cleanliness of the area that fascinated people. Across the channel, the Tamil town, was just another busy day with hustle and bustle of vehicles and people alike.