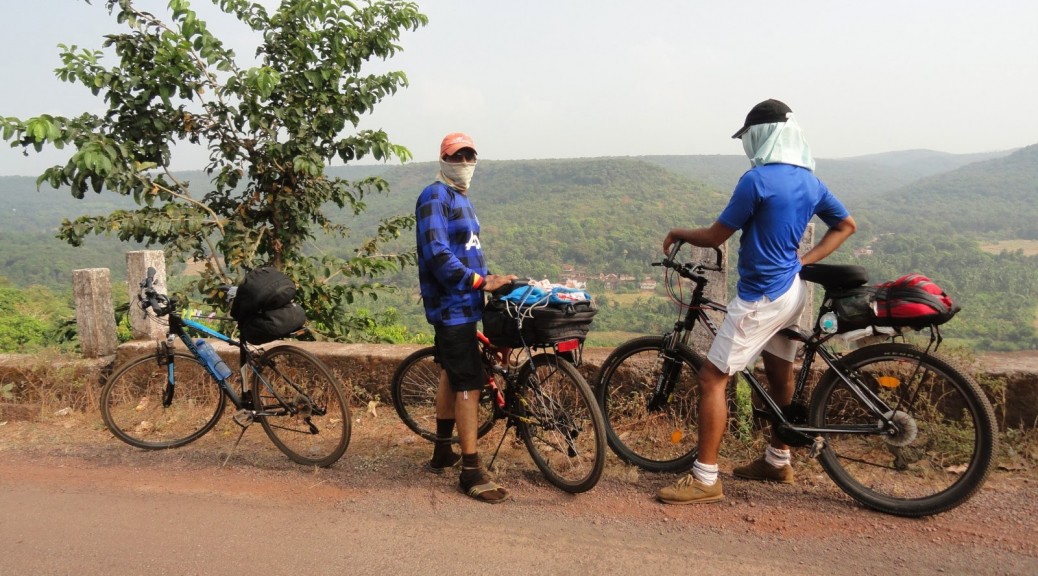 We had a big ghat to cross just ahead of Anjarle, but again local fishermen advised us an alternative route for Harnai, via the fishing village. Again a boat ride took us through Anjarle’s creek. In the haste of the yes/no to reach we took a wrong turn (well a right one for cars, bikes) towards Dapoli for which we had to climb a huge ghat, a good road SH 4 though, but thats not what we had planned, we wanted to go coastal through Murud (Ratnagiri), Ladghar beach, etc.. However this long ghat took us through to Dapoli town.

Further from Dapoli we climbed yet again, we were still climbing, never had come down the elevation we had gained for Dapoli. The destination now was Dabhol jetty. This would take us down south into the heart of Ratnagiri’s infamous Power project, Enron. Now christened as Ratnagiri Gas and Power Private Ltd. The last 10km to Dabhol were downhill, entirely. We wondered if we had to climb it, it would’ve taken our heart out! Dhopave jetty, south of the creek and we had to climb again rising into Enron. However the roads were good and the down hill was long and easy which helped us cover more distance. Coming down overlooking Guhagar was a delight.

We stopped at Guhagar town, refreshed ourselves with biscuits, tea, Glucon-D, etc. and head for Velneshwar which was another 20km of ride. But the sun was easier post 3pm. and we hand another ghat to climb. Once we took a right turn for Velneshwar another hill welcomed us. Puru got down off the cycle, I slowed down, checked with him and he replied

Another few kms and I was famished ! I had a very short and quick lunch at Dabhol jetty, since we had a quick ferry to catch in 40mins around 1.30pm. Now with all the ghats that we had climbed, the battery entirely drained out. I found myself dizzy, empty stomach. We stopped by road, and ate Parle’s 20-20 biscuits and Glucon-D. With a more than a partial charge, we were ready and headed into the lovely Velneshwar beach.

A small village, Velneshwar has the entirety of the beach’s length as its boundaries. From the beach’s north end one can see Jaigad’s JSW plant and Jaigad light house. We stayed at a beach side room, clean even with a TV set.