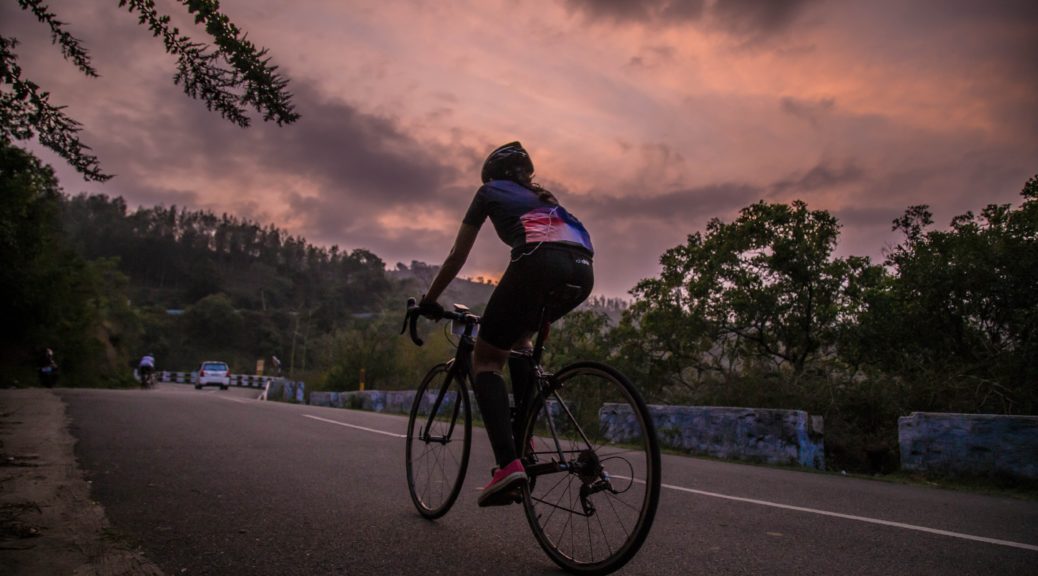 I’d been longing for a long cycle trip, Corona was just making matters worse. The cycle rutted… However, recently got it fixed with new pair of tires and I was thinking of a route. Mumbai-Pune had been on my mind for a skating trip. But skating is something I hadn’t done since ages and wasn’t practical atleast right now… So wondered… why not cycle. So it started …

A normal google maps routing shows a car route through the expressway. Personally I have been on the old NH-4 (now NH-48) so many times so it seemed a logical choice – smooth roads, known path, fairly straight (without unnecessary by-passes increasing the distance). The trip via Panvel town – Khopoli – Lonavala town showed approximately 150-160kms. Perfect! Not drastically different from the Vandri bicycle ride.  Divided it into 4 legs/pitches, 40km each with 2hrs per pitch. Which meant 8-10 hrs of riding.

I’d been constantly visualizing the timings in my mind, and on the day of the journey I woke by 4am. Took a look at my luggage and felt its heavy with the WFH essentials. Got an idea, that I should replace the laptop with an iPad, a few days of office work without VPN should be OK.

This route was the most boring. All the route through the city and then through Navi Mumbai and Panvel. At the Kalamboli junction, I ensured I went through the second right turn through Panvel town. No major hiccups here. I reached around 8:30am. I purchased a bottle of water and had a muli-paratha that mom had packed for me. I took off in 10m.

The route finally got better without a lot of city buildings, however slight ups and downs of the slopes started to seep in. Also encountered the first dog attack just after Panvel, a group of 3-4 dogs charged me barking all the way for a few meters. By the time I reached Khopoli, it was 10am. Around 1.5hrs to cover ~35km, well on time. I was feeling a lot drained as I hadn’t eaten a lot or even had any water after Panvel. I decided to have first go of Electral and tea. I tried having another paratha, but it seemed too dry for my liking. My thighs were already starting to ache. However it wasn’t bad, I knew it was just lack of nutrition for the body. I was quite pumped up, the sun had started to beat down, I decided I’ll make a strong push for Lonavala through the infamous ghat section and post that have more rest and food. In another 15m I was crossing Khopoli.

The ghat section started, atleast as I thought, but it was just the start of the climb from Khopoli to Tata power station, which would’ve eventually linked me to the ghat section. The slope was getting steeper by the minute and speed slower that the rate of climb. The nutrition lacked thighs were screaming, the mask was already down that I had sported willingly till Khopoli. Another minute and I was on the largest gear on the bike ensuring highest torque with same power. This was to reduce the effort of climbing. Yet… I thought I was just trudging. I was so slow while riding that my front wheel was constantly wiggling left-right as I was trying to maintain balance due to the slow speed. It reminded me of the slow-cycle-race in schools. This slope seemed to be a perfect pitch for that event! Soon the effort seemed just worthless, as I was hardly progressing along and I decided to hop off and push the cycle ahead.

I thought the push would be atleast at a decent speed, but the amount of scientific work required was the same, pushing my 18kg cycle + ~65kg body up the hill. I kept pushing. A man who had got out of a car, was walking behind me and easily overtook me. The slope too was increasing… I had a mental map that I’d encounter a police chowky on the right after which a small distance ahead I’ll have to cross to the left to continue on the old highway. That chowky just seemed around the next turn. But the “that” turn never came. Finally saw that chowky after a grueling climb, still pushing my cycle.

Ahead, just before the turn for old-highway, under the bridge, I saw another cyclist having water, cleaning up the sweat with a towel. He too had a bag strapped on to his carrier. He saw me and thought of me as a ‘loser’ and called me in a typical mumbai-styled “ppccchhh” sound, a sound only familier with Mumbaites. Just showed the bottle asking if I wanted water, proud me, denied and smiled and gave a thumbs-up. The bottle that I had purchased at Panvel got over in Khopoli and I hadn’t purchased any as I thought it’d be extra weight. Though thirsty I wasn’t parched, I carried ahead.

As the old Shingroba temple neared, I had lost all the energy and was thinking of hiring a small tempo to take me on the top. I was already starting to see green-patches where the light was bright, I had experienced this during my runs when I’m extremely tired. Had read it somewhere that blood starts to drain from the brain to support the muscles or something. I needed to stop. I kept resisting that tempo thought and decided to stop next to the temple, where in the old days, drivers used to offer to the temple deity for safe passage through the dangerous ghats. I asked for some water and luckily it was there, devoured 2 glasses, tore another pouch of electral and just poured some powder straight into the mouth. I rested for a 10-15min, feeling better.

I got up and started again, trying to pedal, but in-vain. Back on the feet pushing. I neared the Khandala’s slope where a lot of boys, families had stopped their cars, bikes next to the road where the old Amrutanjan bridge stood. A lot of shacks offering tea, biscuits and the staple vada-pav. I decided it was enough of push and I must eat! I got into a shop and asked for tea. Thought of eating the parathas, but again they were too dry for my already parched throat. I saw Maggi packets hanging, and happily ordered Maggi noodles, another staple of Indian adventures. It was almost 12. I decided to rest for a 15m, but my body wasn’t just ready. I spent well over 30m – 45m there. The shopkeeper said

And true to his word, my cycling which had started post the sumptuous hot Maggi, had been strangled again for a push as the last climb towards the Khandala Ghat view point. Post that I was back on the saddle, executing orders to the thighs again. Lonavala must’ve come around 1pm. It was already too hot since start of the ghats and the 1pm time didn’t help at all. However the slopes had eased to ups-downs and I decided to be on schedule for my next pit-stop, Kamshet. As usual it was chaotic on a noon Lonavala town.

Down hill from Lonavala, passing through a zillion dhabas. I remembered there was another mountain to climb, didn’t remember where exactly. And it came just before Kamshet, the climb. The motorists had the luxury of Kamshet-1 and Kamshet-2 tunnels, but for us cyclists, it was the hill. Again, couldn’t use pedal-power again and hopped off. Kamshet came around 2.15pm. I decided to have a meal and rest before the last leg to Pune. The 3rd leg, Khopoli – Kmashet had taken me around 3.5 hrs !!! 90% of it was walking 😀

At the hotel in Kamshet, couldn’t muster any courage to have a proper meal. However I ordered Sprite and plain jeera rice. I kept at it for 40m or so and left the hotel next to the HP petrol pump around 2.45. Pune here I come!

I knew this route and I remember it was primarily downhill a very low gradient but easy for cyclists towards Pune. The exit of Talegaon came and so did Somatane phata. I knew I was very close to the Pune by-pass junction. At the junction I was finally so relaxed!! I purchased water, drank the remaining of Sprite. Somehow it was burning when I drank it. Seemed I’d developed blisters in my mouth.

Ravet came, the official exit point of Mumbai-Pune expressway, and I knew I was in Pune!! The road moved towards Wakad junction and started to climb again as I started encountering a lot of bridges for the underpasses. My destination of Bavdhan was after the last small climb after Baner. When I ringed the bell at my cousin’s place, it was dot 5.30pm !

For the return journey, I didn’t want to wait for an entire weekend to get back to Mumbai and decided to get back in a Volvo bus with the twin-wheeled chariot of mine in the belly of the bus.