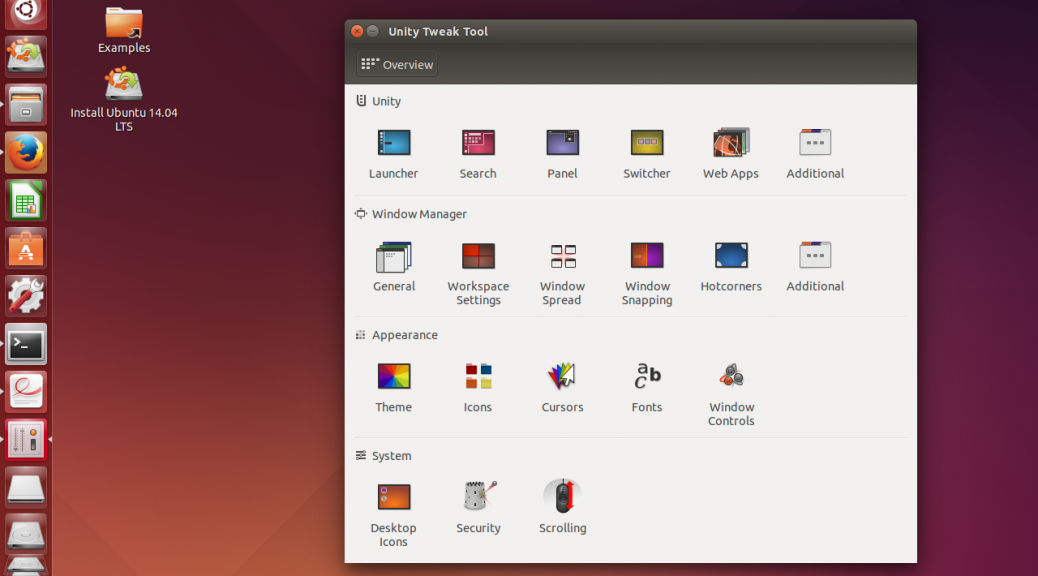 The Trusty Tahr is out with support for 5 years. Here are the first thoughts about it…

The Acid test is still pending, I’ve still got to use it during office hours. With apache, mysql, IntelliJ, Netbeans, Sublime Text all running at once.  Only then will Ubuntu as a desktop will truly be gauged. The test machine is fairly strong.

All in all, Ubuntu continues to roll out another strong release.

Update (30 Apr ’14): The update of Firefox 29 seems to have knocked off the HUD Bug when using Alt + D combination to focus the address bar.